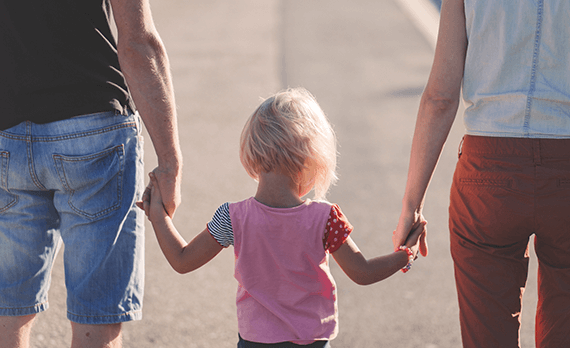 One of the most important relationships is the parent-child relationship. These bonds help children to grow and thrive, and can affect them for the remainder of their lives. Since not all family situations are the same, the custody of a child can be in limbo during divorce proceedings or other family law matters.

Child custody laws in Texas express a preference for each parent to share as equally as possible in the custody of a child. Typically, Texas courts prefer joint custody arrangements so a child can maintain a meaningful relationship with both parents. Some couples may find it nearly impossible to have or maintain joint custody, however, for a variety of reasons. Having the insight and knowledge of an experienced child custody attorney can help.

Under Texas law, parents are usually named Joint Managing Conservators, which means they share in the decision making about most custody issues. However, it does not mean the child’s time is split equally between the parents. Instead, a possession order will determine when each parent has the right to time with the child.

Unfortunately, domestic abuse happens in many different households across Texas. When determining child custody in a potentially abusive home environment, the court considers any evidence of domestic abuse by one spouse against the other, the parent and the child, or any person younger than 18 years of age, that has been committed within a two-year period.

If there is credible evidence of past or present child neglect or abuse by a parent, the court will award neither joint nor sole custody to that parent. If there is evidence of a history or pattern of family violence during the two-year period, the court may not allow a parent to have access to a child unless it determines such access would not endanger the child’s physical or emotional wellbeing, and would be in the best interest of the child. A child custody order in a situation involving domestic abuse may include any or all the following:

While in most cases it is in the child’s best interest to have both parents involved, sometimes this isn’t possible. Making decisions regarding child custody arrangements are incredibly difficult, confusing, and emotional. Because of this, it is important to have an experienced and compassionate family law attorney guiding you through the process. At The Law Office of Ilana R. Tanner, we create proactive and complete child custody strategies to protect children’s rights and the decision-making powers involved therewith. Contact us today to learn more about how we can help your family.

Tell Us About Your Case

We focus on helping you with your family law challenges. From divorce to custody matters, we are committed to serving you with the best legal representation. We want to take care of you and your family.